We are living in strange times during 2020. We’ve reached the halfway point in summer and by now we should all be floating high from live gigs and summer fun. Yet here we are on July 21st and I am sitting in my living room anticipating a livestream from Suicide Silence from their virtual tour. 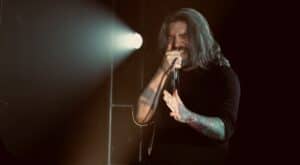 With everything that’s being done online today, this event for me was not seamless. I logged into the ticket holder link and waited for the gig to start. As I watched the countdown counter hit show time I was taken to a black screen that said “This event hasn’t started yet.” 20 minutes past the start of show time, still nothing. About to give up, I closed out the screen and logged in again and was taken into the gig well in progress.

As I cursed the livestream technology failure, I settled in to enjoy something I’ve sorely missed since my last gig with Queensryche and John 5 before Covid19 took over our lives. As with most all in person or in real life gigs, Suicide Silence delivered a show with next to no lighting on the band members much like every live indoor venue I’ve ever caught a them at, this supplied a nostalgic, familiar feeling. 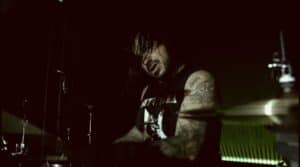 For the first time ever, I felt really confused at a Suicide Silence gig. No one body slamming me, spilling their beer on me, no pot smoke filling the air, no nearly suffocating in a badly ventilated venue or the fragrant rising scent of the hygiene challenged. So for this part of the show, I kind of enjoyed escaping the less enjoyable side effects of a live gig.

As a different experience the guys made the show interactive and let viewers vote on songs being played throughout the set and had weird recorded skits in between tracks almost like commercials that would have been made if you’d been smoking plenty of weed. They even had a virtual merch shop inside the platform to let viewers grab the virtual tour 2020 tee.

Probably the best part is the experience was the sound. Unlike being on the road and depending on the venue, who’s running or not running the sound, in this gig they had more control over the set up and more than enough stage space to enjoy themselves as well. The part that sucked for me is that I love a live gig and feeding off the energy of the other music lovers. I like to get a little too close to the pit and even jump in from time to time. There’s something about a virtual gig that doesn’t quite fill your soul. While I enjoyed the music and it was a great way for the guys to make the best of this impossible situation the world has been given. We all know how hard music has been hit this year and artists have had to get creative on an entirely new level. So seeing these guys performing again was fun, but I really miss being with the hordes of crazy music lovers just letting all of their worldly aggression out. For me and many others, live music helps to  balance everyday life out.

For making the best of the situation, Suicide Silence saw an opportunity and slayed it. While it’s certainly not what fans would prefer, it filled a much needed gap and helped the band earn some cash.

After the gig the guys showed some footage from their upcoming dvd, a documentary of being out on tour, live performances and behind the scenes goofing off. The evening ended with an interactive Q&A that had some fun responses, one of the funniest being Dan with, “Butt plug your butt”, in response to a request for a plug for Deth Corp.

Here are few of the questions and answers:

If you could start a club for something silly, what would your club be about?

If you could un-invent one piece of modern technology what would it be?

There are still a few more dates on this virtual tour. Check dates and grab to tickets here: ssvirtualtour.com

October 2, 2016 Patrick Burt
Help Get The Word Out By Sharing This With Your Friends