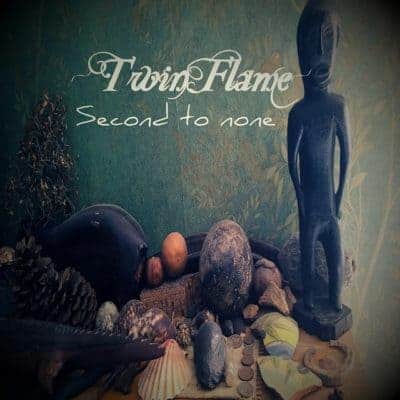 When I spun Twin Flame‘s album ‘Second to None’, I immediately felt the grunge filled anger in the their music that thrust me back to the pained Nirvana glory days that bust open Seattle’s grunge era. It’s been awhile since I’ve heard something new that embodies that classic grunge feel and has such a familiar darkness to it, yet a bit darker than the classic grunge most are used to with some infusion of a bit of stoner rock essence in their sound.

The bands vocalist Ale, explores his painful story of struggling with mental illness through ‘Second To None’. Music has become an outlet for him to process everything he’s been going through. “He has been a patient in psychiatric hospital and he still hears voices inside his head”. Therefore some of the lyrics are dark and you can feel the pain, anger, mania and struggle in the feel of the music.

I think this album is one many people can relate to today.  It’s not a secret that many people are struggling with mental health today.  We’ve seen countless tragic stories from everyday people to those who are famous that outwardly appear to have it all but secretly and not so secretly face crushing mental health issues. Something that’s been a huge stigma, but is slowing being less stigmatized and becoming especially relevant as people become more aware of the people around them that live with these same struggles.

The band, a trio, is persevering and making their music which is now starting to incorporate live shows they weren’t able to do before due to Ale‘s struggles with mental illness.  When asked about their name Twin Flame, the band describes their name as follows: “Twin flames are literally the other half of our soul. We each have only one twin, and generally after being split the two went their separate ways, incarnating over and over to gather human experience before coming back together. Ideally, this happens in both of their last lifetimes on the planet so they can ascend together.”

This album and band are definitely work checking out! Their album is linked below via Spotify.  Take it for a spin and head over to our Facebook page and let us know what you think about it.

Listen to Twin Flame ‘Second To None’ on Spotify: https://spoti.fi/2AHij3p

June 15, 2017 Diane Webb
Help Get The Word Out By Sharing This With Your Friends

July 26, 2021 Diane Webb
Help Get The Word Out By Sharing This With Your Friends

October 26, 2017 Diane Webb
Help Get The Word Out By Sharing This With Your Friends

Portland Triple Ticket: In This Moment, Of Mice & Men and Avatar at the Roseland Theater