OZ is a Finnish band that has been around since the late 1970’s, but has not released a new album since 1991. After doing a club tour in the USA in 2013 the entire band went there separate ways with the exception of band founder, drummer Mark Ruffneck. He was faced with finding a new bunch of hungry musicians that wanted to write new music and the band has a new album Transition State to show for Mark’s determination. 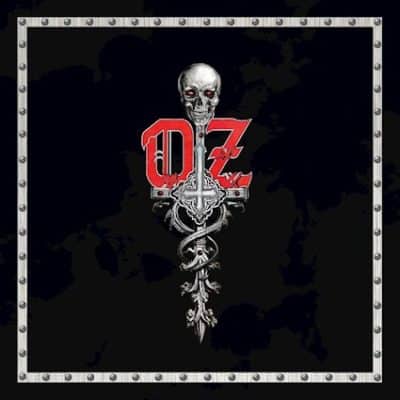 What we get from this new release is some pretty solid power metal. Vince Kojvula does a very nice job on vocals and has very good range. There is a lot of guitar work to like as well, including lots of solos. I am immediately drawn to an album that really likes to focus on guitar solos as part of the complete package.

“Restless” is the first single off the new album and has a lyric video to accompany it. This song has a great pace too it, soaring lead vocals and some great backing vocals as well. This song feels like an awesome metal song from the 80’s as well as a great metal song from this era as well. It really transcends multiple generations of heavy metal which is impressive.

“Drag You To Hell” is as classic of a metal song as there is. Great vocals and chorus that really grabs you into the song. Meanwhile the blazing guitars keep shredding your ears in a good way. The song “Demonized” has a bit of an Iron Maiden feel. Once again you will find strong vocals, good backing vocals, a catchy chorus and some fast guitar soloing. This is another song with great pace and has a real feel of moving to a grand conclusion with one hell of a long scream.

There is a lot to like about this album. You could certainly get many of hours of enjoyment out it. A number of songs are really good songs, “Midnight Screams” and  “The Witch” stand out as two more songs I really liked. My only critique would be it feels like it has all been done before. There is nothing here that is really original. That being said, what is here is done very professionally and sounds great. If you like straight forward heavy metal or power metal I think you will enjoy this album quite a bit.

October 12, 2017 Contributor
Help Get The Word Out By Sharing This With Your Friends

Huey Lewis & The News Takes Us Back In Time

August 30, 2017 Contributor
Help Get The Word Out By Sharing This With Your Friends

October 12, 2017 Contributor
Help Get The Word Out By Sharing This With Your Friends

Help Get The Word Out By Sharing This With Your FriendsBabylon A.D. is one of […]