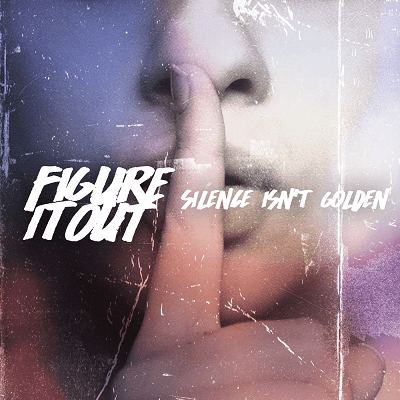 Up and coming pop-punk band Figure It Out have released their 3rd EP, a 4 track EP titled Silence Isn’t Golden. The band’s first EP was released in 2014 with a second EP release in 2015.

If you are a fan of bands like Blink-182, State Champs and Sum 41 you will be a fan of Figure It Out. This is a short yet fun EP that left me wishing for more music, a lot more. This is a band I seriously want to hear more of.

Their music is punchy, raw and angry. It’s catchy, singable and enjoyable. Great vocals that are quick to harmonize in the melodies, but also hold a gritty edge to them. I think modern pop and punk fans are going to enjoy this fresh release.

The band has a few shows coming up this month, if you happen to be in one of these cities go check them out.

ANTHRAX’S “KINGS AMONG SCOTLAND” DIRECTOR PAUL GREEN TALKS ABOUT THE MAKING OF THE DVD; Video

311 Rocked a Sold Out Show at the Rams Head Live!