With Binary Creed and other artist, all great art reflects the world around it. It does not exist in a vacuum. It fearlessly holds up a mirror to reality as it is rather than what we would wish it to be.

Such art is grist for the mill to Swedish progressive metal band Binary Creed, who follow up their well-received ‘Restitution’ album with their new “A Battle Won”opus through Rockshots Records / MVD Entertainment Distribution for North American release on September 8th, 2017.

Inspired by power and progressive metal such as Judas Priest, Queensryche, Nevermore and Opeth, singer Andreas Stoltz describes the sound of Binary Creed as “melodic, gritty, atmospheric, layered and heavy!”

Stoltz says the subject matter of “A Battle Won” is as heavy as its music.

“The album is a concept album about war, blind obedience and what you sometimes need to do to get away and make yourself a better life. It is about making a stand against oppression and violence even it’s at a very high cost. The opening track ‘Servants’ portrays the madness of blindly following someone else’s doctrine into war. ‘The Fallen King’ is about realising that what you felt was right and important was actually wrong and futile. It’s also about choosing family over religious dogma and facing mortality- that all you have is this brief moment here on Earth.”

Stoltz sees his band as very much reflecting reality.

“The world around me inspires. Sometimes personal experiences and sometimes political events. Example, our previous album ‘Restitution’ deals with the inner conflicts of a young person and the difficulties for them to find identity and solid ground. Religion seemed like an option for a while for them, but I wrote the lyrics so you interpret the album either way.”

“We try to do the albums justice.  You’ll get mature musicians who know what they’re doing!”

“A Battle Won” will be available in North America as of September 8th. Pre-order available on Amazon.

Music Video – “In A Time To Come” – https://www.youtube.com/watch?v=w2E1hXCXpng 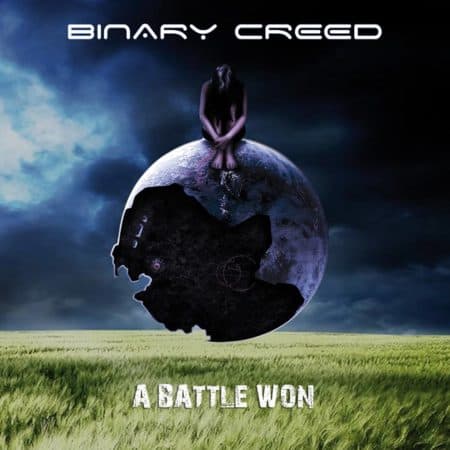 September 29, 2018 Diane Webb
Help Get The Word Out By Sharing This With Your Friends

June 13, 2018 Diane Webb
Help Get The Word Out By Sharing This With Your Friends