“Being cheated on is one of the most brutal things people can go through,” the band told AP about the song. “It’s miraculous how something that you invest so much in, whether it’s with time, or money, or whatever, can be thrown away for something as meaningless as sex. People can be sluts sometimes… the hardest part is accepting that those people don’t deserve you. If you know what I’m talking about, you should give this song a listen.”

MAKEOUT will release their debut full-length The Good Life through Rise Records on September 29.

The band previously made a splash with their insanely catchy debut single “Crazy.”

For The Good Life, MAKEOUT worked with multi-platinum producer and songwriter John Feldmann (Blink-182, 5 Seconds of Summer, Beartooth). They also wrote and recorded with 5 Seconds of Summer’s Ashton Irwin and Calum Hood, as well as legendary skinsman Travis Barker.

The album is packed to the gills with upbeat and unforgettable anthems with stadium-sized hooks that will take up residence in your brain for days at a time.

The Good Life is available for pre-order now. 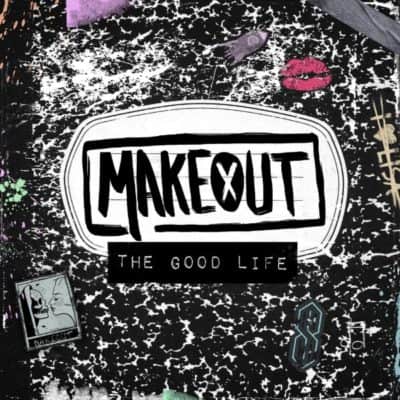 Hypocrisy Plays A Sold Out Show In Seattle