“They’re going to take on the world with their brazenly honest lyrics and snappy hooks-and if their staying power can be measured by the length of time their songs get stuck in your head, prepare to call ’em your new favorite band.” – idobi Radio

Stand Atlantic, formed by Bonnie Fraser (vocals), Jonno Panichi (drums), and David Potter (bass), are an Alternative Pop/Rock band from Sydney, Australia that offer a fresh blend of melodic hooks and power-driven instrumentals. From the release of their debut EP to their unparalleled live performance, Stand Atlantic are tipped to be the next band to break through the Australian scene. On September 15th, the band will release their forthcoming EP, Sidewinder, via Rude Records. At the end of 2016, Stand Atlantic entered Electric Sun Studio to record their 5 track EP with producer Stevie Knight (With Confidence), mixing engineer James Wiesner (As It Is) and mastering engineer Grant Berry (BUSTED, Me VS Hero, Milestones). The EP offers an honest lyrical nature at the core of the band’s foundation, while showcasing their superb songwriting ability and exceptional musicianship to balance out both the pop and the rock aspects of their sound. Sidewinder is available for pre-order.

Today they are thrilled to release their new single/music video, “Sidewinder” with Alternative Press. The band’s vocalist/guitarist, Bonnie Fraser has this to say about the track, “Sidewinder was written as a reminder that if you love someone, it’s important to acknowledge and accept differences between each other. Never compromise who you are just to try and change something you can’t.”

In addition to the release of “Sidewinder,” Stand Atlantic have also unleashed singles, “Mess I Made”and “Coffee At Midnight.” Idobi Radio says “Mess I Made” will have “you singing the words before your first listen is even over.” The track as told by Fraser “is about making mistakes and dealing with the simple fact that only you can fix them, as much as you wish they’d fix themselves.”

Fans can also check out their first single “Coffee At Midnight” which is about that feeling of desperately trying to cling onto something or someone versus finally letting go. The band enlisted in music video director Kieran Ellis-Jones to create a more abstract/non linear story of two people’s relationship. Fraser continues, “something that most people can relate to.” Fans can watch the music video for “Coffee At Midnight” here. 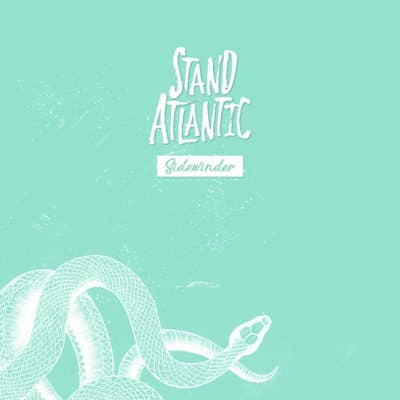 Tracklisting:
Sidewinder
Mess I Made
Push
Coffee At Midnight
Chemicals

Fans should be on the lookout for more announcements coming soon!

Clan of Xymox at the Oriental Theater in Denver