Australian progressive metal visionaries NE OBLIVISCARIS have announced a headlining North American tour. The “Urn North American Tour 2017” begins on November 1 in San Francisco, and sees the band traveling across the country, making stops in Los Angeles, Vancouver, Montreal, New York, Austin, and more, before concluding on December 4. A full list of confirmed tour dates can be found below.

Regarding the tour, the band comments: “We will be landing for this tour only a few days after ‘URN’ is released and couldn’t be more excited to present to you the first tour of our ‘Urn’ album cycle. You can expect a full 90 min. show featuring songs from all 3 albums!”

NE OBLIVISCARIS will tour in support of their new album ‘Urn’. The band’s highly anticipated album will be released worldwide on October 27. ‘Urn’ is bound to be a career defining moment for the band. The Australian extreme prog stars have honed and re-balanced the key elements of their unique sound to a razor sharp musical edge. Fierce growls intertwine with emotive vocals, while devastating, intricate guitar riffs and thundering drums play against an unleashed violin and gorgeous string arrangements. NE OBLIVICARIS innovate the epic, progressive and intense extreme metal forms of expression once again, marking a new peak in the steep rise of the band.

‘Urn’ is now available for pre-order across various CD and LP formats at the Season of Mist E-Shop.

The artwork and track list for ‘Urn’ can be found below: 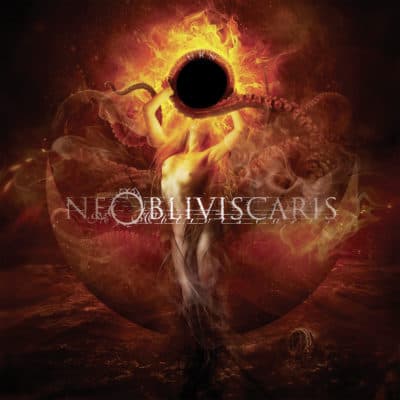 For More Info Visit:
https://www.facebook.com/NeObliviscarisBand/
https://www.instagram.com/neobliviscarisofficial/
https://twitter.com/neobliviscaris3
About Diane Webb 1321 Articles
I am music fanatic, writer, photographer and aspiring to play guitar/bass so I can write the music I hear in my head, plus play some of the sick riffs I hear on albums I listen to. I love travelling to see new places, meet new people, learn about local cultures and live with chronic wanderlust. Music, travel, good friends/family and enjoying life is key! I write for Global Music Mayhem, Rocknytt.net (Sweden) and HRH Magazine (UK). You can follow my photography on Instagram: @yesterdazenews Facebook: @DianeWebbPhotography.

October 11, 2017 Diane Webb
Help Get The Word Out By Sharing This With Your Friends

November 8, 2017 Diane Webb
Help Get The Word Out By Sharing This With Your Friends

13 Australian Bands You Should Be Listening To Now

November 14, 2016 Diane Webb
Help Get The Word Out By Sharing This With Your Friends

Help Get The Word Out By Sharing This With Your FriendsListen up music fans, I’ve […]

Album Review: Wayward Sons “Ghosts of Yet to Come”

Video Premiere: We Could Build An Empire – Amygdala

Hypocrisy Plays A Sold Out Show In Seattle