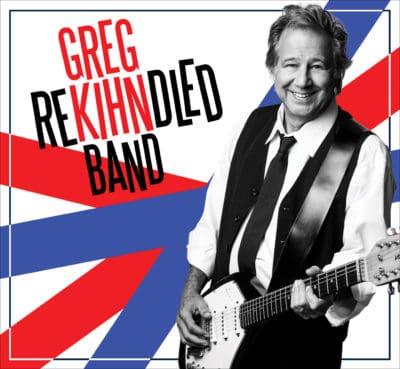 If you haven’t heard the name Greg Kihn (thrust to fame in the 80s with the song our lives in jeopardy) in a while that’s because in 2011 a lot of people thought he was at the end of his music career with the release of a compilation album titled Kihnplete. Yes Greg has a known of history of naming his albums with funny puns from his last name. albums such as Greg Kihn, next of Kihn, Kihntinued, Kihnspiracy, Kihn of Hearts, Kihntagious, Citizen Kihn, True Kihnfessions and Kihnplete which could easily draw conclusions he was wrapping up his career in music.

I’m happy to report that after 21 years Greg Kihn is back with a new album full of new music called Rekihndled. The album was written by Greg Kihn and band member, bassist Robert Berry and lead guitarist Ry Kihn.  This 11 track album captures the essence of what Greg is so great at doing, making fun music. From the beginning track “The Life I Got” the album starts out upbeat with a really fun vibe that jumps straight into the second track “Big Pink Flamingos”. By the third track “Anthem” the tempo slows down for a bit, but just for the song. On the fourth track “Cassandra” the tempo is back up and it’s back to that gritty raw sound that Greg Kihn is known for.

The remainder of the album is mixed with songs that are danceable, singable and just plain fun. If you are a fan of the 80’s music sound then you will find this album to be one that you will really enjoy. Greg was able to reach back and grab some of that magic that he started out with and bring it forward to today and mix it up and make it something new but still holding the comfortable and familiar sound and feel that will really appeal to you.

One thing that is for sure, this is a great album and I think you should add to your collection. The entire album was fun, singable, enjoyable and just full of good music. To me this album is classic Greg Kihn, just less of the 80’s cheesy factor, but if you’ve ever enjoyed any of his music I believe you will truly enjoy this entire album.  Rekihndled is available on iTunes and Amazon, pick up a copy today.

Track listing:
The Life I Got
Big Pink Flamingos
Anthem
Cassandra
Tell Me Something Good
Good To Be Me
Never Too Late
Brain Police
Trained Monkey
I Wrote The Book
A Place We Could Meet

Defocus – In The Eye Of Death We Are All The Same

Eyes Wide Open – The Upside Down