For the fans who’ve never heard of Eyes Wide Open, but listen to In Flames, this is a band you need to discover now.  I first discovered them at a festival in Sweden a few years back and have enjoyed their music ever since and now with the new release on the horizon it’s time for you to jump onboard.

EWO is set to release the first single “Defining Me” off of their upcoming release  And So It Begins on Friday, May 19th, 2017.  The new album is set to release on September 1, 2017. This release will be the 3rd album of their trilogy for this Swedish metal band.

Since their last album they have had a vocalist change with guitarist Erik Engstrand stepping up as the new vocalist for the band.  I had a chance to listen to the new single today and let me tell you, it’s fantastic!  The new vocals sound a little less growl and a bit more clean, although there is definitely still a growl in the vocals but not as guttural as previous albums they’ve released.  Their core music sound is still very much in line with Eyes Wide Open’s previous albums.  Metal fans this is an album you’re going to want to pick up! 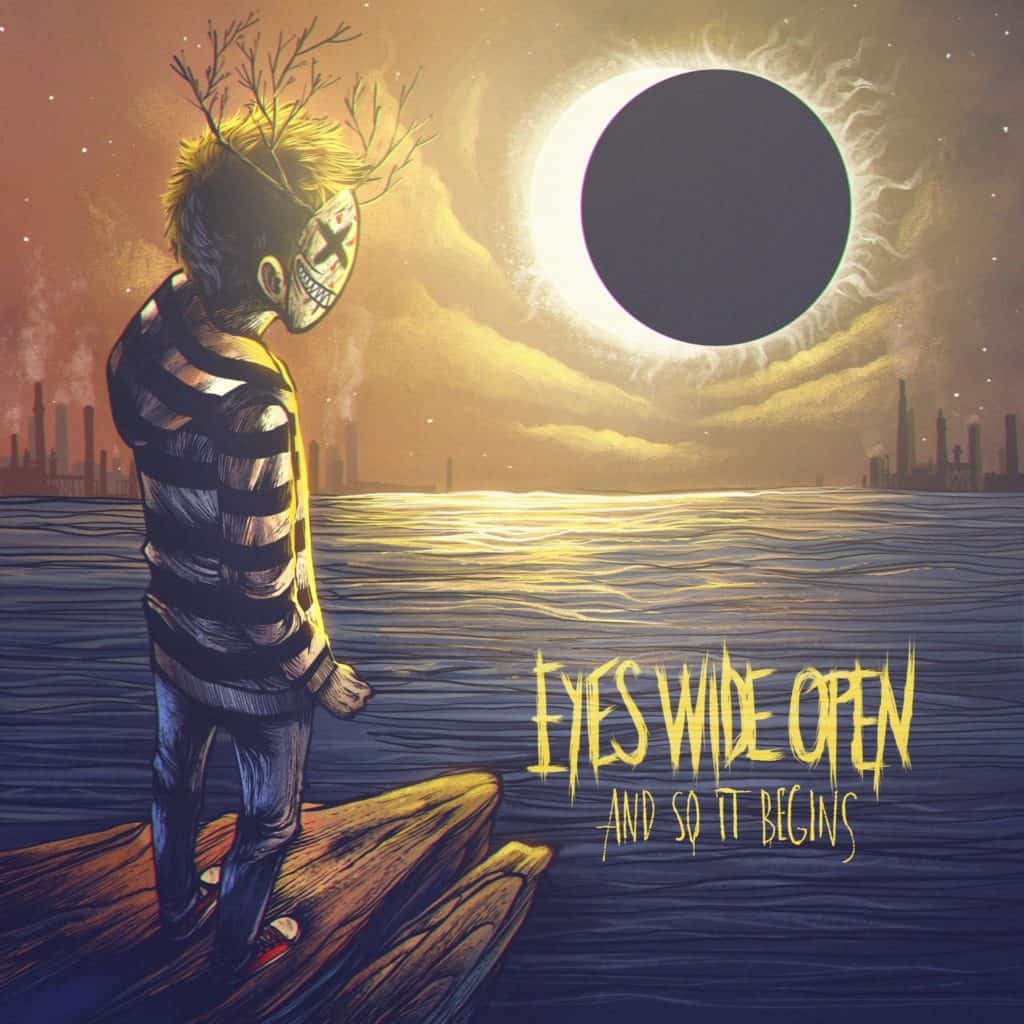 Eyes Wide Open’s upcoming album “And so it Begins” will be released by Headbang Entertainment and distributed by Sony Music on September 1st 2017.

The album is the third record to be released by Eyes Wide Open and the final part of their trilogy. Starting with the EP “Revelations”, released in 2012, the tale of what’s to come if we continue to leech of our planet is presented. With “Aftermath”, released in 2013, the band presents an ultimatum as to how we can continue living in this world.

“And so it Begins” takes on the perspective of today, where we stand with all of our problems like wars, environmental disasters and our addiction to luxury. Will the revelations be proved to be true?

“People probably thought that the band was over with the departure of Patrik but we pulled through big time. It is with no hesitation that I think we are now stronger than ever! With ”And so it Begins” we prove ourselves among the top players and now I´m just thrilled to get out there to kick some ass.” Erik Engstrand

And so it Begins was recorded at ES Music Studio and Leon Music Studios, and is mixed/mastered by Gustav Ydenius.

Earlier video from EWO in 2015 with previous vocalist Patrik:

PRONG Announces Spring 2017 Run of Headline Shows Amidst Their North American Tour with Testament and Sepultura!

April 9, 2017 Diane Webb
Help Get The Word Out By Sharing This With Your Friends

March 29, 2018 Diane Webb
Help Get The Word Out By Sharing This With Your Friends

Help Get The Word Out By Sharing This With Your FriendsSLAYER ANNOUNCES THE REPENTLESS 6.66-inch […]

February 28, 2017 Diane Webb
Help Get The Word Out By Sharing This With Your Friends

Help Get The Word Out By Sharing This With Your FriendsFebruary 28, 2017  – Internationally-renowned heavy […]