New York based Progressive Rock/Gypsy Metal Band VAJRA has released the Official Music Video for “The Mirror,” the first single off of their upcoming Irkalla EP; the first of a planned trilogy of EPs with visual components attached to each song, all the elements will tie together as a movie (the artwork for the single is a puzzle piece of the full Irkalla EP art. ). Developed with multimedia artist Idit Nissenbaum, “The Mirror” originally premiered on Loudwire.

Like we did with our previous video for our single “3.14”, we also did this video on a $0 budget, so we had to be creative in our scene choices, shots, location, edits, costumes and storylines. We collaborated with a dear friend of ours, multimedia artist, Idit Nissenbaum, who shared our vision of presenting a visual exploration of the levels of consciousness. The mirror is a vehicle from which we can see where we are, and perhaps work on things that may be holding us back from going deeper. We are super excited to share this video with you. – Annamaria Pinna (Vajra) 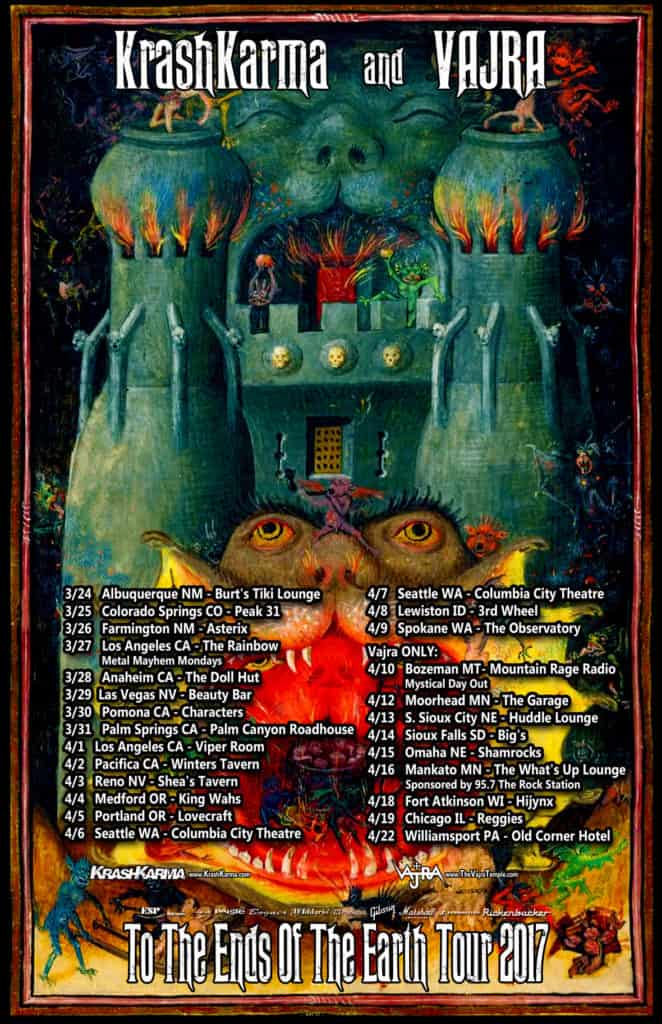 Vajra is also in the middle of their To The Ends of the Earth 2017 co-headlining tour with Alternative Metal duo KRASHKARMA. 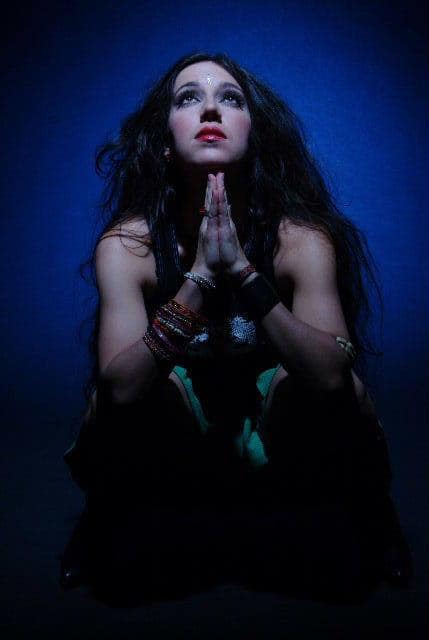 “It’s time to get to know Vajra” according to Loudwire Magazine. Dubbed a “Must-See Act” by Rolling Stone Magazine and one of the “Most underrated bands” by AXS Magazine, Vajra uniquely blends hauntingly dark and hypnotic melodic, progressive rock with Eastern Indian themes into foreboding and mysterious lullabies. According to AXS, “Vajra is really something special and have managed come up with a completely new sound of metal. They bring mystical, moody and haunting melodies to the stage that are completely entrancing. Lead singer Annamaria Pinna’s voice and presence was captivating.”

“Their live show is like a cathartic punch in the face” says Creem Magazine, and the band was accordingly selected to perform at the Loudwire Music Festival 2015 and Rock-fest 2016, Texas Showdown Festival, CMJ, and SXSW.

Vajra’s DIY videos for two of their singles were both on the Loudwire Top 10 Rock & Metal Video Countdown for a combined total of 24 weeks and were subsequently retired as the longest tenured videos on the Countdown. The band also was #1 of the Reverbnation Alternative Rock Music Chart for NYC for 10 consecutive weeks and one of their singles was #37 on the Under The Radar Chart. Vajra’s music will leave you spell-bound.

Vajra was formed by Annamaria Pinna during her self-imposed exile in India. The child of a former monk and school teacher, Annamaria was encouraged to learn about the world around her and to question her assumptions. She believes there is divinity in creativity. Annamaria has a neurological condition called synesthesia, where she attaches color and shapes to sound.

January 17, 2021 Diane Webb
Help Get The Word Out By Sharing This With Your Friends

January 13, 2021 Diane Webb
Help Get The Word Out By Sharing This With Your Friends

Help Get The Word Out By Sharing This With Your FriendsA favorite artist of mine, […]

The Bash Music and Craft Beer Festival Is Coming To Tacoma!

Amadon, Horse Bodies and Torre Compete in the Jack FM 96.5 Battle of the Bands Seattle

Clutch Live – Not a Book of Bad Decisions!