NASHVILLE, Tenn. (March 29, 2017) – Country Music Hall of Famer and GRAMMY® award-winning living legend Bobby Bare will release THINGS CHANGE May 26, which features a collaboration with Chris Stapleton. The album is Bare’s first studio project in five years and is available for pre-sale now at BobbyBare.com. 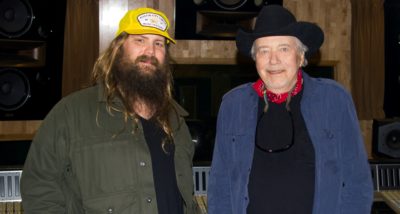 THINGS CHANGE will feature 10 tracks written by Bare, Mary Gauthier, Guy Clark and the producer of the project, hit singer/songwriter Max T. Barnes. THINGS CHANGE will be released by HYPERMEDIA Nashville and BFD through RED Distribution.

The album features a special collaboration on Bare’s iconic hit, “Detroit City” with Chris Stapleton adding his unique vocals. The song was written by Mel Tillis and Danny Dill and was originally released by Bare in 1963. It would become one of his most highly requested songs to this day and won a GRAMMY® in 1964 for Best Country/Western Recording.

“This is a special collection of songs to me, not just another record. Great songs from Mary Gauthier, a song I co-wrote with Guy Clark that turned out to be his last and a song that my buddy Hoyt Axton inspired me to write called ‘Things Change.’ That’s the title of the album and the first single. Things do change but my love for songwriters and the fans never, ever will!” said Bobby Bare.

“I hit the road as a lead guitar player with Bobby Bare when I was 20 years old. To imagine I would produce my hero all these years later is a dream come true. We had so much fun touring the world in the 1980s. We laughed until we hurt! That’s what it was like in the studio with Bare on this album. He has a wicked smart song sense, and a delivery that will cut you to the bone. Bare is a true giant,” said Max T. Barnes, President of HYPERMEDIA Nashville. 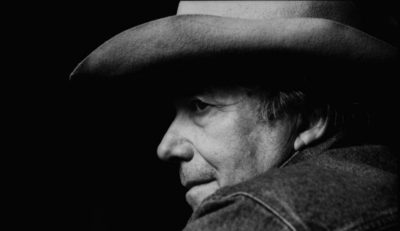 About Bobby Bare:
Country Music Hall of Famer, Bobby Bare is one of the most iconic country artists of our time, with chart-topping songs like “Detroit City,” “500 Miles,” “Shame On Me” and many more. Artists from Little Jimmy Dickens and Hank Williams to big band acts like Phil Harris and the Dominoes all influenced his unique style leading to nearly five dozen top 40 hits from 1962 to 1983. The often referred to “Bruce Springsteen of Country” went on to earn multiple Grammy nominations and wins along with induction into the Country Music Hall of Fame in 2013 among many other awards and accolades.

February 22, 2017 Diane Webb
Help Get The Word Out By Sharing This With Your Friends

September 27, 2017 Diane Webb
Help Get The Word Out By Sharing This With Your Friends

Anti Flag Comes To Austin With A Message Of Unity

Kim Wilde Is Back — New Album Out in March!