Help Get The Word Out By Sharing This With Your Friends
LOS ANGELES, CA | MARCH 28, 2017: Los Angeles-based alternative soul rocker Joe Marson has made waves with the release of his latest tracks, “No Retreat” and the politically-fueled, “Explore/Explode,” leaving fans anticipating the release of his sophomore EP, Electric Soul Magic Vol. II, on April 14, 2017. Packing a sound that is cinematic in quality, infused with blues, rock and grunge that pairs perfectly with the songwriter’s soaring vocals, the EP delivers six tracks that showcase Marson’s influences and musical diversity. Today, Marson showcases that diversity by unveiling a new track from the album, “My Love is a Cannibal,” with an exclusive music video premiere at AXS.com. “My Love is a Cannibal” pays homage to Marson’s love of dark 90’s grunge-era music videos, partnering with his friend, Nadia Itani, to develop the concept and film it in an old elevator in Williamsburg, Brooklyn. On the song, Joe Marson states:
“Sometime’s I feel that love and lust can be be like a hunger, like emotional vampirism. It can be selfish and cruel and leave one person full and the other empty, as if one has eaten the other’s heart. Hence, ‘My Love is a Cannibal.’ The lyrics are dark and reminiscent of a lot of the grunge influences that I hold so dear to me.” – Joe Marson
National touring artist, and 2015 Guitar Center Competition Finalist Joe Marson is master in the art of melding soul and rock. Making it to the Top 5 out of 14,000 submissions, he won over $10,000 in gear from Guitar Center…as well as winning over audience members and fans all over the world. Melded together with guitar riffs that evoke Hendrix’s essence, Marson creates timeless music that bridges the gap between the influential decades that inspire his songwriting. These elements can be heard in some of the songs he’s had placed in major films like Marvel’s Deadpool as well as popular television series like FX’s Justified and Netflix’s Bloodline.
Head to AXS.com today to watch the official music video for “My Love is a Cannibal.” Follow Joe Marson online for new music, upcoming shows, and more. 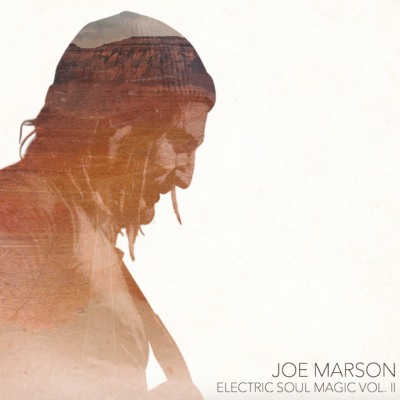 Joe Marson: Electric Soul Magic Vol. II Tracklisting
1. Gotta Be Good
2. No Retreat
3. Float With It
4. To The Shore
5. Explore/Explode
6. My Love Is A Cannibal
About Diane Webb 1321 Articles
I am music fanatic, writer, photographer and aspiring to play guitar/bass so I can write the music I hear in my head, plus play some of the sick riffs I hear on albums I listen to. I love travelling to see new places, meet new people, learn about local cultures and live with chronic wanderlust. Music, travel, good friends/family and enjoying life is key! I write for Global Music Mayhem, Rocknytt.net (Sweden) and HRH Magazine (UK). You can follow my photography on Instagram: @yesterdazenews Facebook: @DianeWebbPhotography.

January 8, 2018 Diane Webb
Help Get The Word Out By Sharing This With Your Friends

Help Get The Word Out By Sharing This With Your FriendsMeet Seattle indie artist V. […]

LISA STANSFIELD TO RELEASE DEEPER ON APRIL 6 VIA earMUSIC

January 9, 2018 Diane Webb
Help Get The Word Out By Sharing This With Your Friends

VNTER Releases “The Way You Make Me Feel”

SABATON Tour 2018 Kicks Off Across North America on February 8th with Co-Headliner KREATOR!!

We Came As Romans Brought The Pain In Austin